"Our collaboration with Two Blades Foundation and The Sainsbury Lab strengthens the possibility to provide growers with alternatives to diminish the economic impact of the disease, which in Brazil alone is estimated at $1.7 billion for the 2013-2014 growing season."

In the 2001/2002 growing season, Asian soybean rust (ASR) first appeared in Brazil, which produces 30% of all soybeans. ASR is caused by the airborne fungus Phakopsora pachyrhizi and can cause yield losses of up to 80% without chemical control. Due to the Brazilian climate and the large acreage of soybean in Brazil, this fungal disease quickly reached epidemic proportions. For effective disease management, more fungicide is now required than for any other disease, with an average estimated cost in Brazil of $2 billion per year. The fungus is highly adaptable and as a result the three main groups of fungicides that are used to control ASR are less effective every year. This development will result in additional application cost for growers and an increased impact on the environment. For a durable, benign, integrated disease management strategy, resistant varieties are urgently needed. However, soybean germplasm is derived from a narrow genetic base, and extensive screening for useful resistance has yielded few candidate genes. Moreover, the soybean resistance genes that have been deployed in the field so far have not proved durable. Ever since its introduction, the disease has proven a difficult challenge for growers. 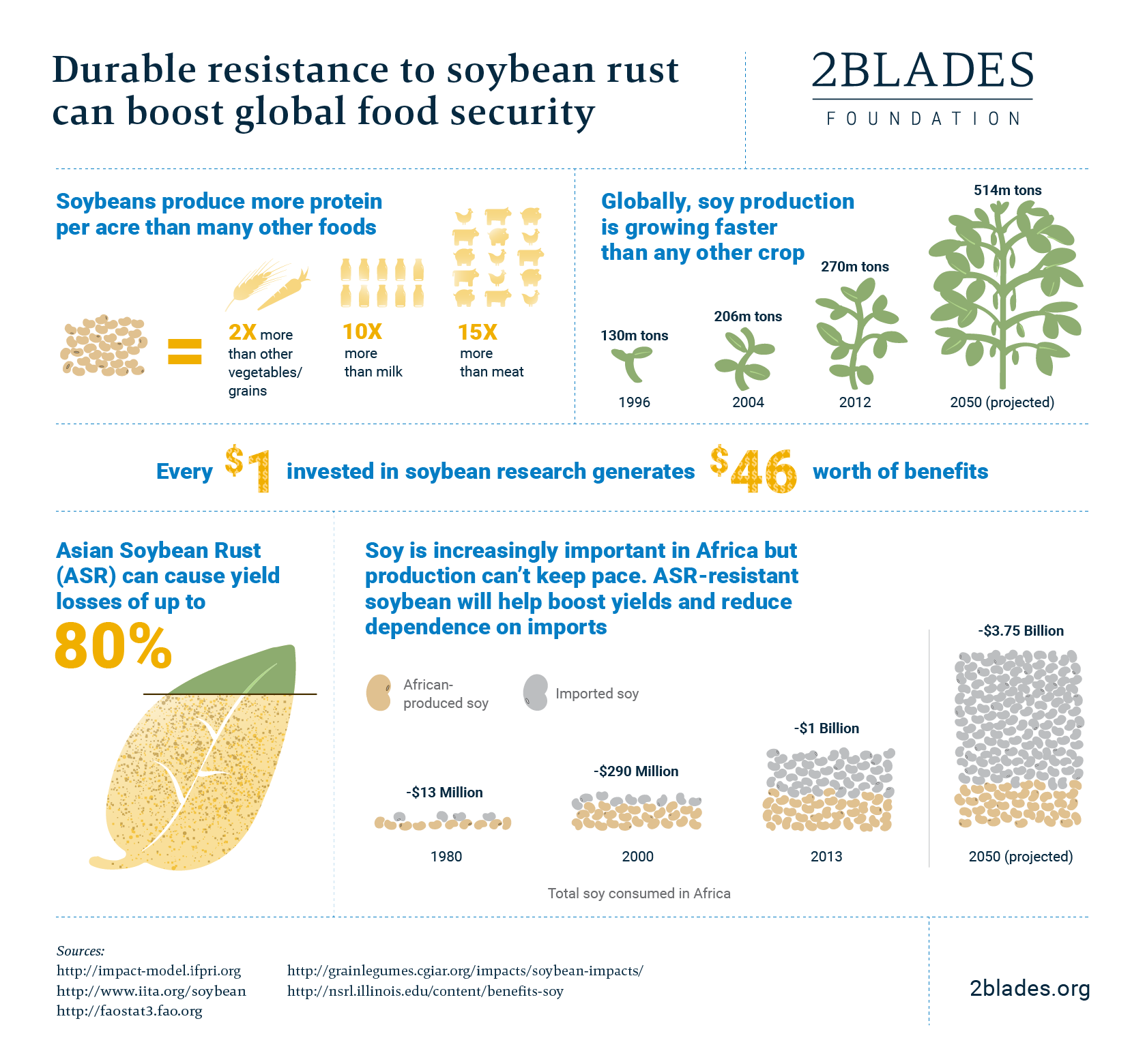 The 2Blades group at The Sainsbury Laboratory, Norwich, UK, aims to develop and deploy durable, race-independent resistance against ASR in collaboration with the Universidade Federal de Viçosa .

We continue to identify genes from soybean relatives that can be delivered together to provide durable resistance in a resistance gene stack with the  aim of deploying  novel ASR resistance in superior soybean varieties to minimize grower losses due to ASR. 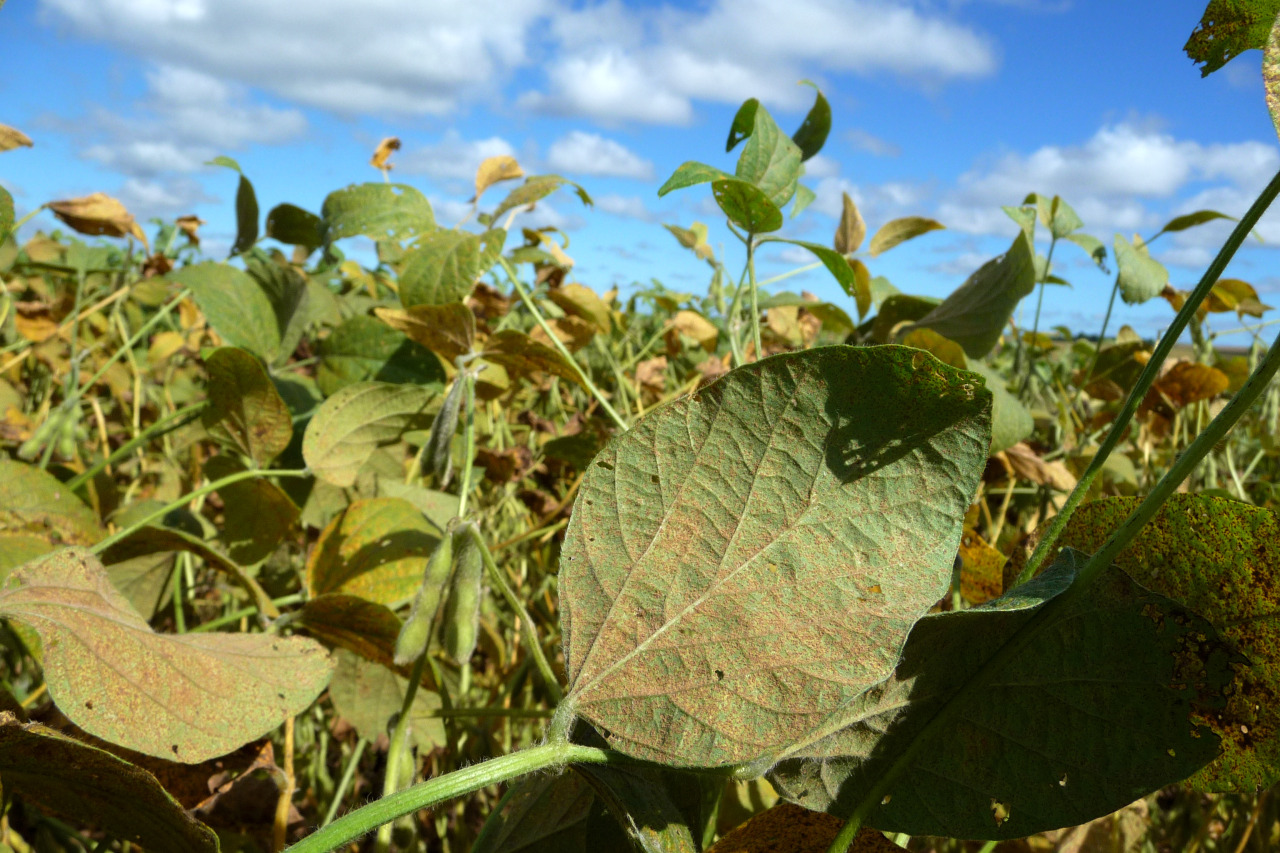 Like other rust fungi, P. pachyrhizi is an obligate pathogen that cannot survive cold winters when its host plant dies. However, in South America, mild temperatures and year round soy cultivation keep the innoculum level high. One acre of rust-infected soybean can produce 400 billion spores per day.  Atypically for rusts, P. pachyrhizi also infects a large number of alternate hosts which can serve as reservoirs of infection.

P. pachyrhizi has the ability to adapt rapidly to evade detection by the plant immune system.  While the pathogen may not undergo sexual reproduction in South America, the large number of asexual spores produced facilitates the selection of new variants that evade plant defenses.  Our team is also working to understand the basic biology of the pathogen in order to determine which pathogen factors (“effector proteins”) may be recognized by resistance genes and what types of resistance may be the most durable.

30-50% in untreated plants; up to $2 billion in fungicide costs in Brazil alone