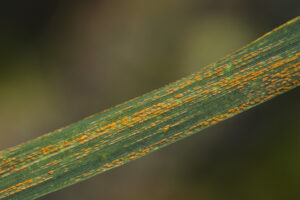 For centuries, crop diseases have reduced farmers’ harvests and incomes, often affecting the nutrition and health of their families and communities. The recent development of genome editing techniques has revolutionized efforts to develop improved food crop varieties that are resistant to destructive crop diseases. These techniques allow scientists to remove genes or otherwise alter a cell’s DNA sequence to modify the function of its individual genes.

The speed and efficiency of the gene-editing process has been improved by new technologies which have allowed a single- or double-stranded break in the genome at a place of the researcher’s choosing, helping to target specific desired (or undesired) traits.

While perhaps the best known of these technologies is CRISPR-Cas9, the 2Blades Foundation was instrumental in helping to develop an earlier and still widely used gene-editing technique called TALEN, which has numerous practical applications in plant science and other biosciences. It has been used to create new disease-resistant varieties in rice, wheat, and other crops.

Discovery of the TAL Code and Development of TALENs

TALENs (Transcription Activator Like Effector Nuclease) were developed after researchers at Martin Luther University in Germany told 2Blades of their remarkable discovery: naturally occurring proteins found in plant pathogenic bacteria that have a novel structure that allows them to bind with exquisite precision to specific portions of DNA using a simple cipher or “code.”

In nature, bacteria use these targeting proteins, known as TAL effectors (TALEs), to turn on specific genes in their plant hosts, essentially tricking them to make conditions favorable for the bacteria to establish themselves and spread throughout the plant. This knowledge of the bacteria’s code allowed researchers to design proteins on demand that target virtually any portion of a DNA sequence with high efficiency and accuracy.

Additional protein functions can also be tethered to TALEs to precisely alter genes and their expression. One especially powerful use of TALE DNA-binding domains is to combine it with a nuclease, a protein that can make cuts in a DNA sequence. All cells have natural mechanisms to repair DNA cuts and, in the process, to create DNA base changes in the targeted location. By  making cuts and providing a “repair template” researchers can insert genes at targeted locations. Thus, TALE-nucleases, or TALENs, can delete, add to, or alter the sequence of genes with very low off-target “cleavage” events (unintended mutations within the cell).

Such targeted genome modifications in plants can improve their disease resistance, promote growth and yield, or improve tolerance to environmental conditions such as drought. 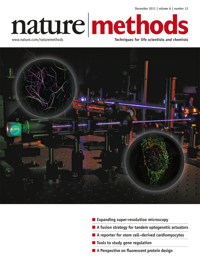 The TAL Code was first reported in Science Magazine in 2009 by Ulla Bonas, Jens Boch, Thomas Lahaye, and Sebastian Schornack at Martin-Luther University in Halle, Germany. 2Blades aided them in exploiting the discovery by taking on the patent protection and licensing for both research and commercial uses. Life Technologies (now ThermoFisher) became the partner for exploiting research uses as well as commercial biomedical applications, and 2Blades undertook a strategy for commercial uses in plants. The TAL Code was recognized by the Agrow Awards in 2012 in the category of Best Novel Agricultural Biotechnology and was a finalist in 2017. In addition, TALENs were recognized as Method of the Year in 2011 by the journal Nature Methods.

TALENs allow scientists to accomplish the same goals of conventional plant breeding with greater precision, including producing crops with more durable resistance to disease – 2Blades’ central mission. TALENs can effect small targeted changes in plants that confer disease resistance in a manner that is distinct from genetic modification, and that is largely identical to widely accepted methods of mutagenesis and processes which occur in nature.

The 2Blades Foundation holds exclusive global rights for commercial uses of the technology in plants. With the goal of making this powerful technology an industry standard,  2Blades has facilitated broad use of the TAL Code technology, licensing it on a tiered, non-exclusive basis to a wide range of users from large commercial seed companies (e.g., Bayer, Syngenta) to small biotech companies (e.g., Simplot, Epicrop) to enhance the efficiency and precision of the crop improvement process.

In addition 2Blades has made the TAL Code available — at no cost — to non-profit and multilateral entities such as the International Rice Research Center (IRRI), the world’s premier rice research organization, based in the Philippines and with offices across Asia and Africa.

TALENs and other gene editing systems can substantially reduce the time it takes to develop improved seed varieties, since conventional crop breeding can sometimes take decades.

Precision in gene editing is key to achieving the desired crop characteristics for yields and plant disease resistance. TALENs can be used to edit plant genes that confer susceptibility, restore defeated resistance genes, confer new specificity to existing resistance genes to match evolving pathogens, and to directly target and alter pathogen DNA. Additionally, researchers can use TALENs to introduce novel resistance genes and to create “gene stacks” that combine multiple genes at a single location in the genome, ensuring that they continue to work together through further breeding for other traits. This is a critical feature to creating long-lasting resistance to disease.

Today’s most successful high-yielding crops were bred by conventional means over centuries to achieve their current combinations of genes, yet this method has limitations. For example, crop breeders could try to modify a modern corn variety by adding a gene from a wild corn relative which is naturally resistant to a destructive fungus. Yet if breeders use conventional means to cross the two species then the new variety will acquire not just the desired trait (fungal resistance) but also other undesired traits (such as long lateral branches).

Researchers can avoid adding undesired traits by using technologies like TALENs to insert only the wild corn relative’s disease-resistant gene directly into the modern corn variety. This saves many frustrating seasons of work crossing the varieties, and can result in new crop varieties which have only the desired new characteristics.

Comparison of TALEN to CRISPR

Both systems are highly specific, producing few off-target editing (cleavage) effects (thus preventing undesired cell mutations), and can be fused to other functional protein modules for versatility in gene manipulation. Both have also been reported to be superior in specific applications, but CRISPR’s popularity has grown among researchers because the smaller size of the tailored part makes them simpler to design and cheaper to use.

Yet importantly, TALENs offer a clear path to commercialization — without intellectual property disputes that have burdened CRISPR in recent years, including lawsuits, patent disputes, and even patent cancellations. 2Blades has always been committed to simple, unencumbered access to TALEN and TAL Code rights as broadly as possible.

The use of TALENs in plants enhances the efficiency and precision of the crop improvement process, and 2Blades’ strategy for broad licensing has helped to change the way technology licensing is carried out. Both efforts reflect 2Blades’ mission to help achieve global food security.